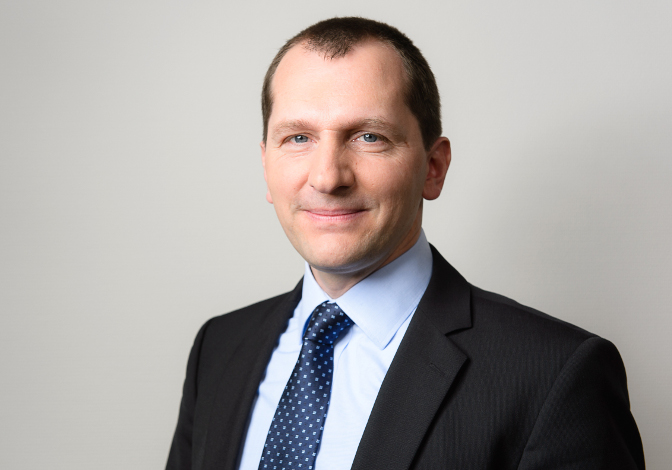 Michael Noth studied at the universities of Zurich (lic. iur. / Dr. iur.), Alicante (Erasmus) and Singapore (LL.M.). In 2001, he was admitted to the bar (all courts in Switzerland). He worked as an attorney-at-law with top ranked Swiss law firms (Bär & Karrer AG, Zurich and Troller Hitz Troller, Bern) and with a US-American law firm in Singapore (Jones Day). He is one of the founders of TIMES Attorneys in 2015.

Michael Noth focuses on intellectual property (trademarks, copyright, patents and designs) and unfair competition law (including trade secrets and advertising). He has vast experience in IP related litigation and arbitration (he is also on WIPO’s official list of arbitrators), IP related contractual work (including license and distribution agreements and cooperation contracts) and the worldwide filing and prosecution of trademarks. In addition, he regularly advises clients in life science (pharma, biotech and medtech) and sports law (incl. broadcasting and media rights, ambush marketing, image rights, sponsorship agreements and the representation at Court of Arbitration for Sport [CAS]).

Michael Noth is recognized as a leading practitioner in the field of intellectual property and listed in various professional publications such as WTR1000, Who’s Who Legal or Chambers Europe describing him “considered to be one of the key IP lawyers in Switzerland”. He is Partner of the Competence Center for Luxury Management of the University of St. Gallen, teacher at the Università della Svizzera italiana and a member of numerous professional associations, including the International Trademark Association (INTA), MARQUES (where he is the chair of the Committee Famous and Well-Known Trademarks), the International Association of Lawyers for Vine and Wine Law and the Swiss Arbitration Association (ASA). In addition, he is member of the board of three SME, president of the Supervisory Commission of SQS (Schweizerische Vereinigung für Qualitäts- und Management-Systeme) and vice president of the Board of Appeal of the Swiss Ice Hockey Federation.

He regularly holds speeches and publishes articles on topics of intellectual property, life science and sports law. In particular, he is co-editor of a comprehensive commentary an Swiss trademark law (“Stämpflis Handkommentar zum Markenschutzgesetz”, Stämpfli 2nd ed. 2017), co-founder and editor of the legal journal LSR – Life Science Recht and one of three co-authors of the first-ever commentary on the CAS Code (cf. “Arbitration in Switzerland -The Practitioner’s Guide”, Walters Kluwer 2013).